MyTrails 2 has been available as a preview alpha since April, but feature creep and ongoing support and enhancements for MyTrails 1 have delayed the launch of the new shiny version.

But now, it should be available to the roughly one thousand beta testers, and I will fix the remaining bugs that will not doubt be uncovered. I hope to launch it for everyone in about a week. 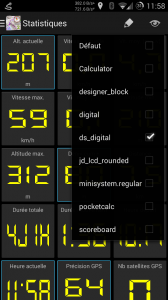 Before launch, I will trim the number of built-in fonts that MyTrails can use for the stats and HUD. To this end, I have gathered stats on the popularity of the possible HUD fonts (the first bar represents the default Android font). These stats only include users who bothered to change the font from the default (which is ‘digital’).

I’ll wait a bit more so that results start coming in from the beta, so if you feel strongly about one of the fonts, make sure you select it in MyTrails > Stats (and the eye icon).

This new version contains improved data from Ordnance Survey and OSM, and features a more readable and colourful style. 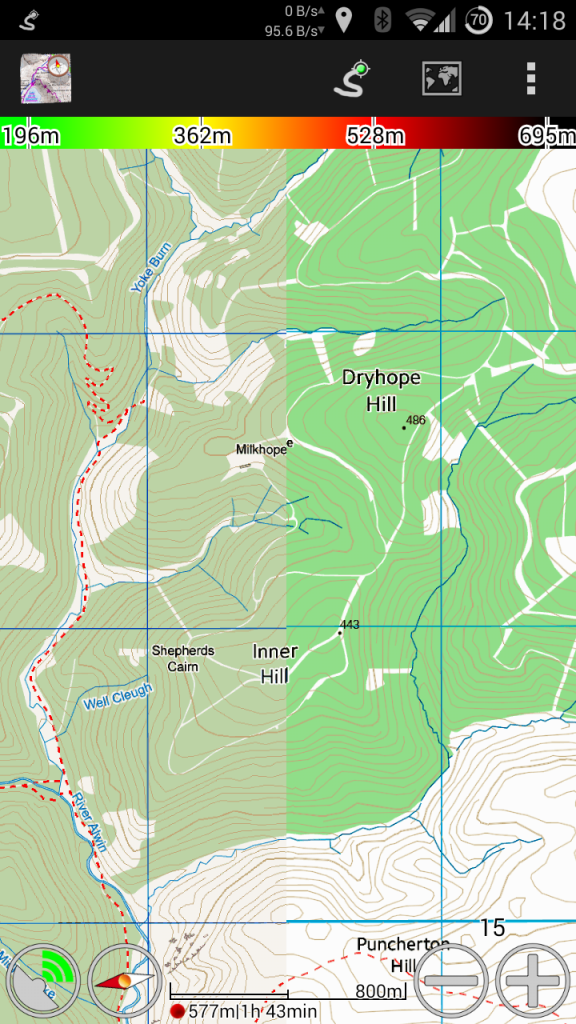 To use the new data for online maps, you can clear your cache in MyTrails > Preferences > Map Manager, then long-tap the OS Opendata map and select Clear cache.

If you have downloaded the map for offline use, you can delete the old map and create a new download.